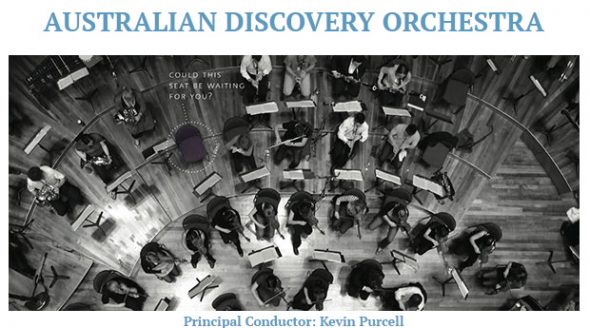 After a lot of practice, repertoire research, listening and a few afternoons with the lads at Legato, I am happy to say I was successful in my audition for the Australian Discovery Orchestra as their alto, tenor and baritone saxophonist.

The 2016/2017 season concludes with a performance for the Independent Schools Victoria Arts Learning Festival. The work I will be performing is the Australian premiere of Susan Kander’s Miranda’s Waltz, a symphonic adventure for narrator and orchestra that references iconic American sounds of the 20th Century including Charles Ives, Duke Ellington, Looney Tunes and John Adams.

Kander notes that Miranda’s Waltz was not “an introduction to the instruments or even the families of the orchestra. I chose, rather, to explore the orchestra as a whole in all its flexibility and color.”

Prior to the concert on May 7, a world-first, interactive 3D environment will allow children, parents and all concert attendees to explore the Miranda’s storyworld, as well as being able to go inside the amazing Imaginarium of the symphony’s title.  Inside these worlds, there will be amazing creatures, quests to follow, puzzles to solve, and chances to win free-tickets to the online streamed concert for those unable to make it to the concert itself.