Take a moment out from your busy daily schedule and head over to the Basilica at St Mary’s for some enchanting saxophone music. I’ll be performing a selection of solo Caprices by Sigfrid Karg-Elert in one of my favourite acoustics in Geelong.

Highly regarded as an organist and composer, Karg-Elert developed a love of the saxophone during his military service in Germany and composed a set of caprices as a bold challenge to develop technique and musicality. A caprice can be defined as a humorous, fanciful or bizarre composition, often characterised by an idiosyncratic departure from current stylistic norms. Influenced by impressionism but grounded in historical polyphonic styles these works are coloured by Karg-Elert’s unique harmonic and rhythmic language.

Today’s performance will present thirteen of the series: 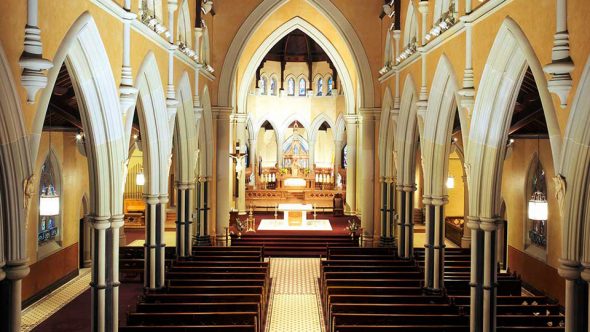